The city council authorized councilman Burrell to renegotiate a lease for the city-owned old library building at 10 N. Summit Street with the University of South Alabama.

Burrell said later his goal is to "get the best deal possible for the city."

Marie Howland opened the city's first autonomous library there in 1908 with construction help from the Single Tax Corporation and other private donors; the university began using it for administrative offices in 1983 (classroom, computer lab later).

The original building has been modified several times over the years.

The current 10 year lease runs out August 1st with options for one-year extensions; the university is required to pay annual property taxes and land rent (FSTC) ... as well as upkeep of the historic building.

Mayor Wilson said she would like public input about potential uses for all city-owned property before renewing any leases; she said she will have more to say about it in an upcoming post on her blog (click) where she plans to publish all of the current leases for city property.

Wilson: "With all taxpayer owned property, I want to make sure citizens have a say. The question shouldn't be about how much rent we can get but what is the highest use for citizens and the city." 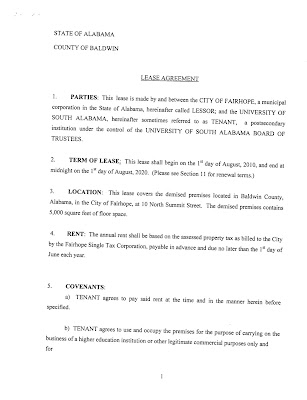 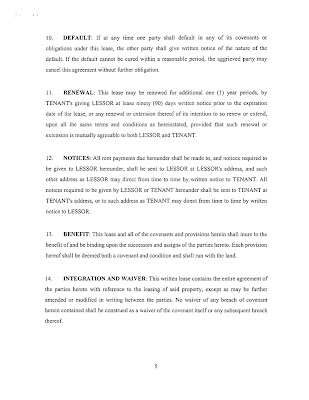 Well the citizens didn't have any say in the purchase or the clock corner and now we have to dig up the old oil thanks.So I think this building can be left out of the city budget.

We have to stop giving away city property for nothing to the special interests!

Let's tear it down and build something ugly and new. Isn't that what Fairhope is about these days.